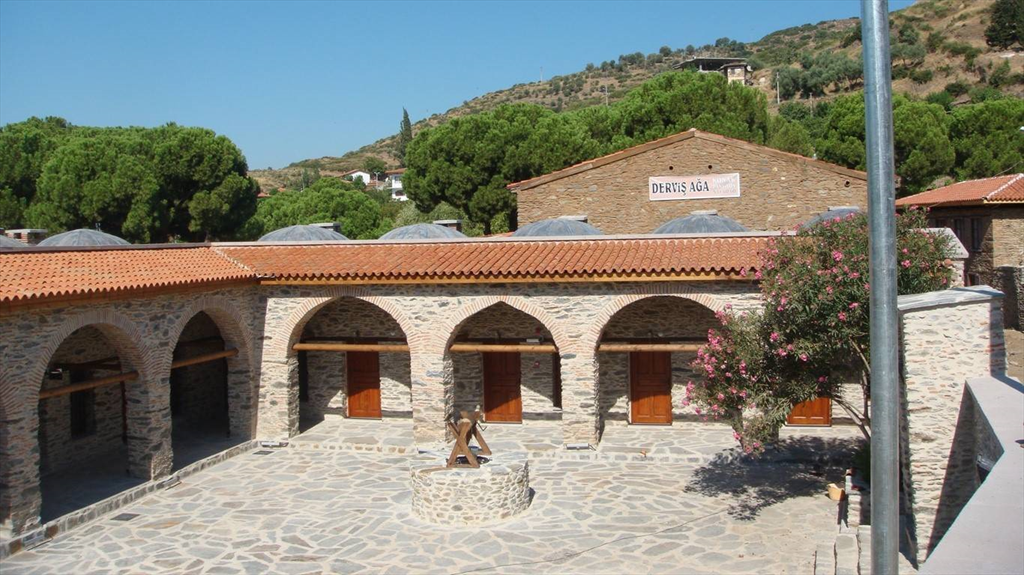 It is a building with an open courtyard made of rubble stone by Derviş Ağa between 1657 and 1658. It has seven student cells (room, accommodation place) with doors and windows opening to the courtyard which has a well. There is also a historical bath of the same name across the madrasah. This madrasa, also known as Çukur Madrasah, has an L plan, and five of the madrasah cells are on the west wing and two on the south wing. In addition, a classroom is located in the southwest corner of the madrasah.