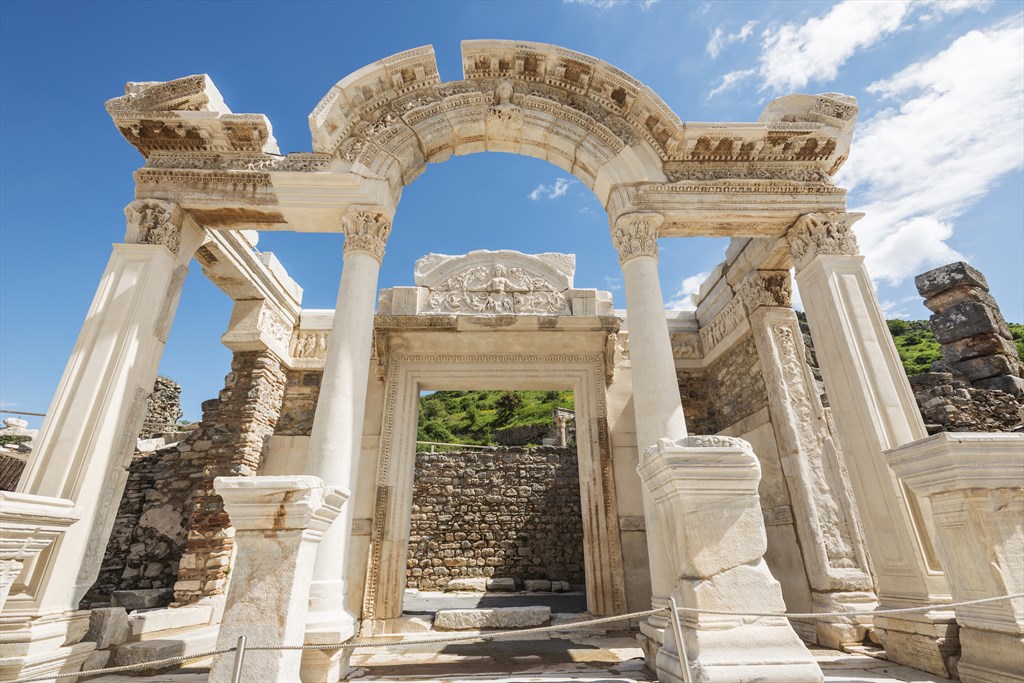 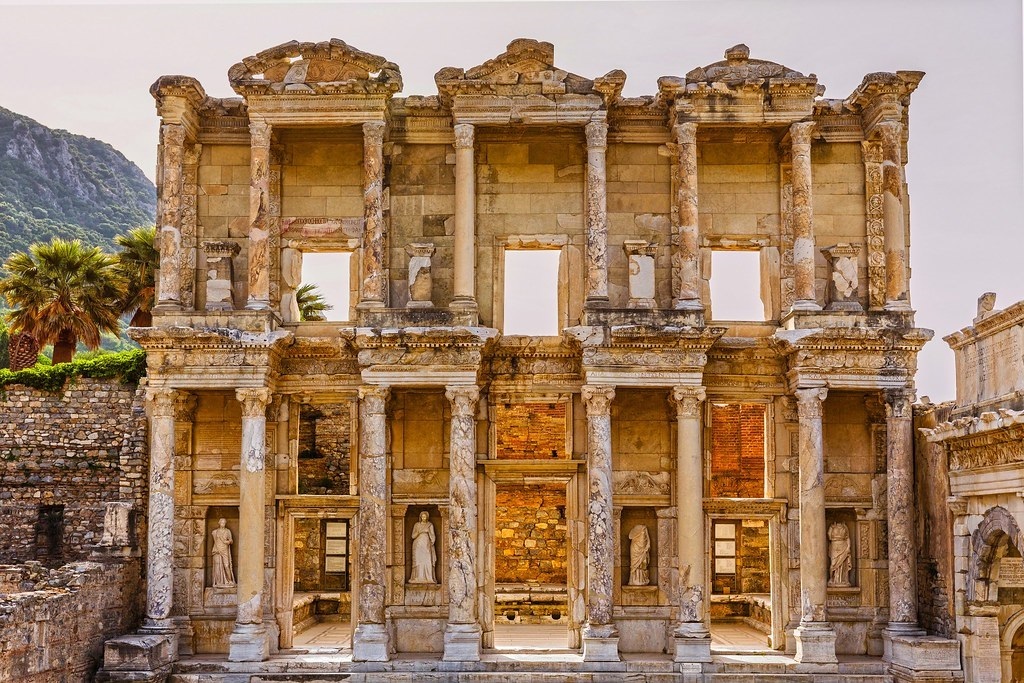 Celsus Library was built during the Roman Period between 115 and 117. The library is estimated to used to house 12,500 books. The Library was unearthed through the excavations carried out by the Austrian Archeology Institute between 1905 and 1906. It was restored by F. Hueber and V.M. Strocka between 1970 and 1978. The library has a very richly decorated façade. Celsus Library hosts limited cultural and touristic activities within the scope of the 'Periodical Use Directive' of the Ministry of Tourism and Culture. These activities can be held between 19.00 and 23.00 hrs. after the ancient city is closed to visit. The events, including classical music recitals, coctail, dinner or theater performance, are exclusively aimed at tourism and promotion. They are mostly held by tourism professional organizations, businesses, foundations and public offices. Due to its aedicula structure, and light and shadow plays, it is perceived as larger by the audience. Celsus Library has a capacity of 200 people in table setting and 500 in theater style.

7
Get Directions from Google Maps 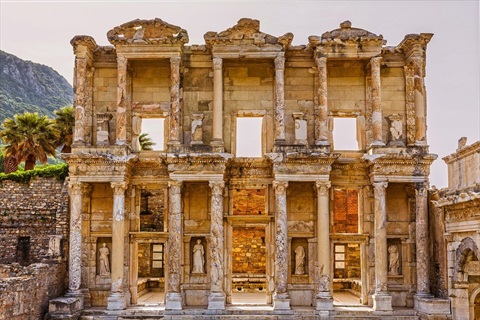