Bergama, founded on the Ancient City of Pergamon, is one of the most important settlements in the history of civilization. Although the history of the region dates back to the Bronze Age, the earliest findings on the top of the fortress where the Ancient City of Pergamon was founded date back to the 7th to 6th centuries B.C. This means that today there are countless sites, buildings and artifacts in Bergama that appeal to history enthusiasts.

Historical places to see in Bergama

Apart from the Ancient City of Pergamon, many places in Bergama bear traces of the Hellenistic, Roman, Byzantine, Seljuk and Ottoman periods. Mevlana Hacı Hekim Bath, Bergama’s Great (Yıldırım or Ulu) Mosque, Seljuk Minaret, The Altar of Zeus, Pergamon Asklepion Ruin, Red Basilica (Temple of Serapis), 7 Churches, Pergamon Akropol Ruin, and Selinos Brook and The Ancient Bridges are among them. You can visit the Pergamon Museum to see the artifacts found in the excavations in the region. 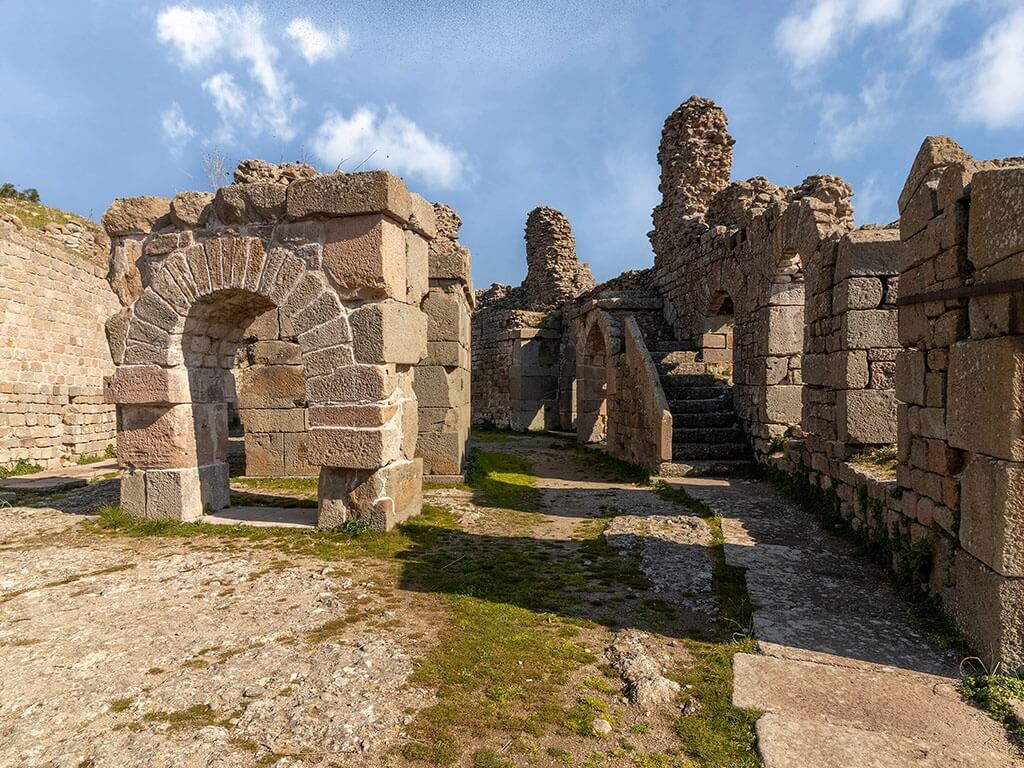 Parchment is one of the first words that come to mind when Bergama is mentioned. The ancestor of medicine Galen and parchment paper are among the most important contributions of the district to the world’s cultural heritage. Parchment is known as the best quality writing tool that humanity has ever found. In the past, the Bergama people created a great treasure of culture in their library of books made of parchment paper and therefore were able to compete with Egyptian civilization.

When walking around the historic streets of the district, Bergama Houses will catch your eye. The oldest and still standing examples of Bergama Houses belong to the 18th century. The traditional Turkish houses together with Greek stone houses form the curving neighborhoods of Bergama standing side by side. Historical Bergama houses have characteristic facade details such as plan types, features of doors-windows, eaves, chimneys, balconies, alcoves and most of them have been registered as cultural properties.

Bergama Arasta which started to take its shape in the 14th and 15th centuries has hosted many different craftsmanships for hundreds of years. The Arasta has gathered different guilds inducting bootmakers, shoemakers, linen drapers, saddlers, Bergama carpets, and cereal dealers.

Most of the structures surviving to the present day belong to the 19th century. This is due to the big fire of 1853. The repair of the exterior fronts of the shops in the Ottoman Bazaar was carried out by the Municipality from 2007 to 2008. 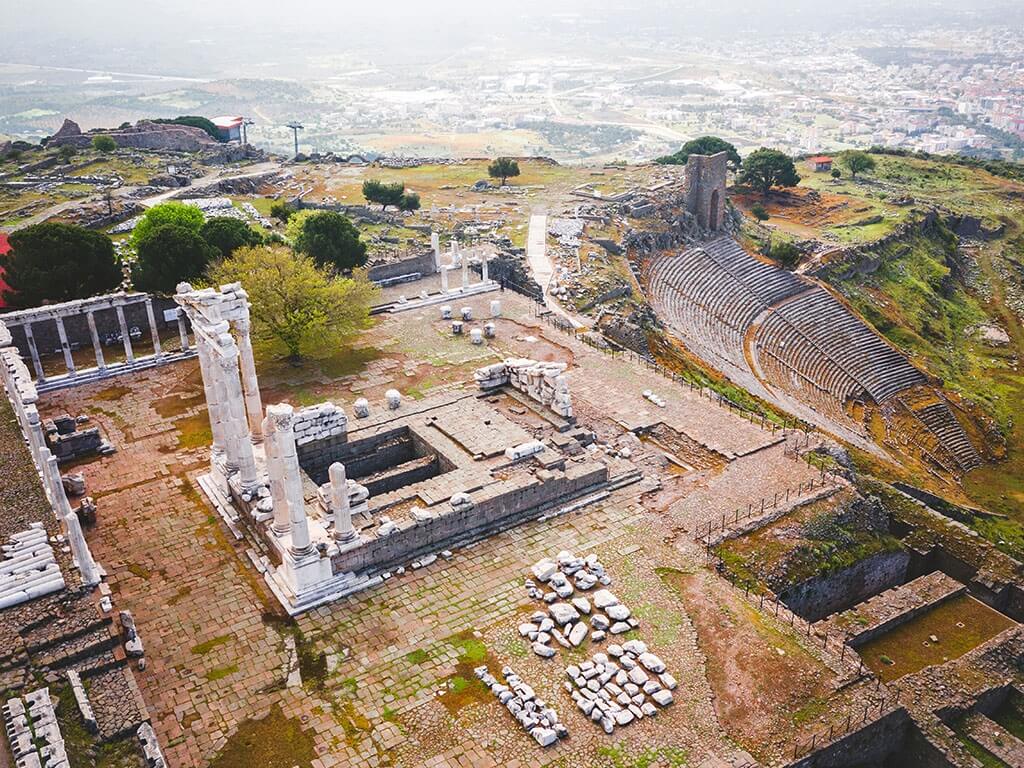 The ideal destinations for those who want to explore the historical texture of the region are The Ancient City of Pergamon, which is located about 5 kilometers away from the city center and known for many historic firsts, the Asklepion, which is the first health center of the Roman period, the Red Basilica, part of the Temple of Serapis, which is dedicated to the Egyptian god. İzmir Bergama Museum and Bergama Library, which are located in the center of the district, are among the places where you can learn about the region. Kozak Plateau, on the other hand, is the perfect destination if you’d like to spend time with nature.

You can wander around the narrow streets of the district, take photos, visit the famous carpet sellers in the Ottoman Bazaar for the famous Bergama rugs and carpets, and relax with tea, coffee, and black mulberry juice in the courtyard. If you visit Bergama in May, you can see the Bergama International Theater Festival. You can also get parchment paper as a souvenir or gift.